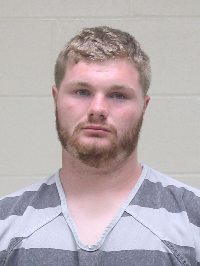 A new Class B-level second-degree sexual abuse charge was filed in June in Cerro Gordo County District Court, accusing Monson of performing sexual acts with a victim under the age of 12 at a Mason City residence in April 2018. Monson eventually pleaded guilty to the lesser charge of third-degree sexual abuse, a Class C felony.