Iowa chestnut growers combine past and future for new crop 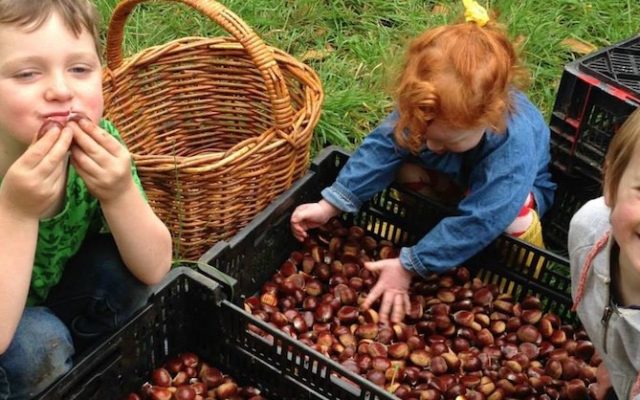 But climate change has many farmers exploring alternative crops, including chestnuts and other nut-producing trees.

Mark Rasmussen, director of the Leopold Center for Sustainable Agriculture at Iowa State University, says the Chinese chestnut tree, which only takes three to five years of growth to produce a yield, is an emerging tree crop in the Midwest.

“It’s an alternative crop, which is something we like to promote, plus it’s got other benefits in terms of putting land in something that’s more perennial than an annual crop, like corn or soybeans,” he states.

The traditional American chestnut tree once dominated the Eastern U.S. before a fungus took hold in 1904 and ultimately erased 4 billion trees from the landscape in less than 50 years.

Jeff Jensen, president of the Iowa Nut Growers Association, says the Chinese chestnut is well adapted to the Midwest, with its well-drained, slightly acidic soil and the nut’s hardiness for cold weather.

He notes that Iowa growers have increased sales through social media direct marketing, and online sites that let folks know where they can pick their own produce.

“So, this has been the real game changer in the last five to seven years,” Jensen states. “A lot of operations are able to go to ‘U-Pick,’ where folks will come to the farm and do all the harvesting themselves, and the farm owner is more akin to an Airbnb host – providing nice restrooms, picnic areas, shade, water.”

At the Leopold Center, Rasmussen says some of the best stories he hears about deciding to grow chestnuts are told by retired people.

“That have other income sources and then they live on an acreage, so this isn’t a primary income source for them, but they can stand the three or four years it takes before the chestnuts start to produce,” he explains.

Rasmussen adds edible nut crops such as chestnuts were once a significant contributor to the rural economy, when hogs and cattle were fattened for market by allowing them to forage on acres of fallen chestnuts.