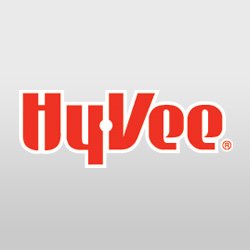 CLEAR LAKE — Hy-Vee is confirming the construction of a new store in Clear Lake is among many of their projects that they’ve recently put on pause.

The West Des Moines-based grocery chain announced last fall they were building a 51,000-square foot store and convenience mart on six-and-a-half acres of land northwest of the intersection of US Highway 18 and North 20th Street.

The Clear Lake City Council in December approved a development agreement with Embree Development Group of Georgetown Texas which included an incremental property tax rebate agreement for ten years, as well as an offset to be used by the developer to finance municipal water and sanitary sewer service main extensions, service laterals for the project, and to re-route a 60-inch storm sewer pipe around the building.

Members of the Hy-Vee communications department have stated that the Clear Lake project is among those being paused, saying they are still working on the scope of the project and focusing on site improvements such as dirt work and paving as required by the development agreement.

The company is blaming, among other things, rising inflation, increasing fuel and construction costs and supply chain disruptions for those moves.