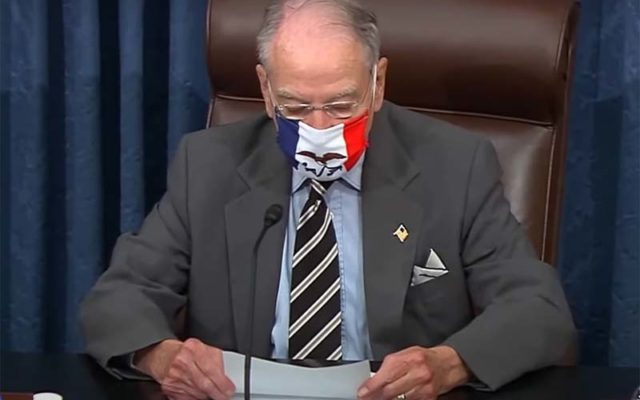 NEW HARTFORD — If Senator Chuck Grassley wins reelection, he could be in the line of presidential succession again.

Since the World War II era, the longest-serving U.S. senator from the party that holds the majority of seats in the senate serves as Senate President Pro Tempore. Grassley was in that role in 2019 and 2020 when Republicans held the senate majority.

“President Pro Tem isn’t so much being third in line to be president. It’s presiding over the Senate when the vice president can’t be there, which is 99.9% of the time,” Grassley says. “…It’s a leadership post and it puts me at the table with the leadership of the senate so that I can be in a powerful position to represent the people of Iowa.”

Eighty-nine-year-old California Senator Dianne Feinstein is about three months older than Grassley. Feinstein has said she will not take on the role of Senate President Pro Tem if Democrats keep the majority in 2023.