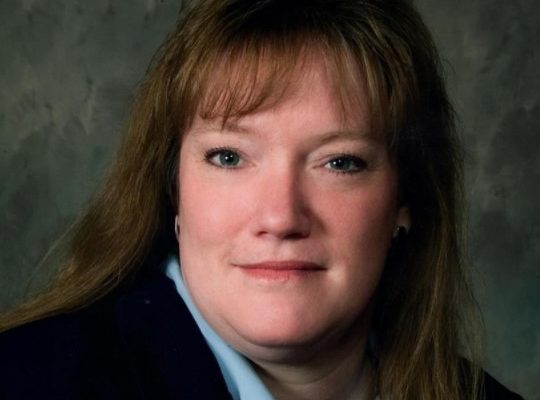 CLEAR LAKE — Former Clear City city councilwoman Julie Steinberg was honored for her dedication to the community at this week’s meeting of the City Council. Steinberg died on Sunday after being diagnosed with a Glioblastoma brain tumor in June 2018.

Steinberg and her husband moved to Clear Lake in 1999 and opened North Iowa Collision Center in Clear Lake. Steinberg served one term as an at-large councilwoman starting in 2004.

Mayor Nelson Crabb says Steinberg was an excellent member of the city council.  “She always had a smile on her face. She always was positive. She didn’t always vote in the positive, but she was a very, very good person, and truly an excellent public servant in our community.”

City administrator Scott Flory says he enjoyed working with Steinberg during her time on the council and in other civic functions.  “She was very involved with the Chamber for a long time, and that’s how she became interested in city government and was elected to the council for one term. They relocated outside of the city limits, or she would have stayed on the council even longer. It was a privilege and an honor to serve with her in local government. She’ll truly be missed.”

The 51-year-old Steinberg was also active with the Clear Lake Chamber of Commerce, Central Gardens, Clear Lake Arts Center and other organizations. Funeral services will be held on Saturday at the Redeemer Lutheran Church in Ventura with visitation on Friday night at Ward-Van Slyke Colonial Chapel in Clear Lake.