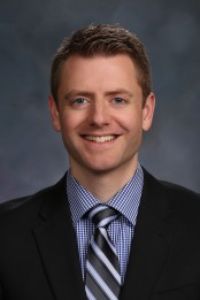 MASON CITY — The executive director of the North Iowa Corridor Economic Development Corporation says a grant application to create the North Iowa Innovation Center that would help address the role of north-central Iowa’s technology sector in the economy has been turned down.

Chad Schreck says they were recently notified that the grant application was not approved.  “We didn’t get it. As you looked at the list, unfortunately, they were almost all major metros, like New York City, Dallas. Major universities as well like MIT. We didn’t quite fit into apparently what they told us was more important to them, which we thought was growing rural economies.”

Schreck says despite this setback, the efforts to launch the Innovation Center continue.  “We’re going to continue to press forward. We’re looking at some other potential funding opportunities. We may apply again next year. They said one of the things with an EDA grant in that area is that a lot of times it’s the second time around that you get it. We’re going to look at that. We’ll be talking to you guys I’m sure and letting you know where that’s at. There might be other opportunities with that. Sometimes it just makes you hone in on the program a little bit better, make it a little bit tighter, run it more local, and maybe it’s a better project in the end anyway, so we’ll keep working through that.”

Schreck made his comments to the Clear Lake City Council earlier this week.