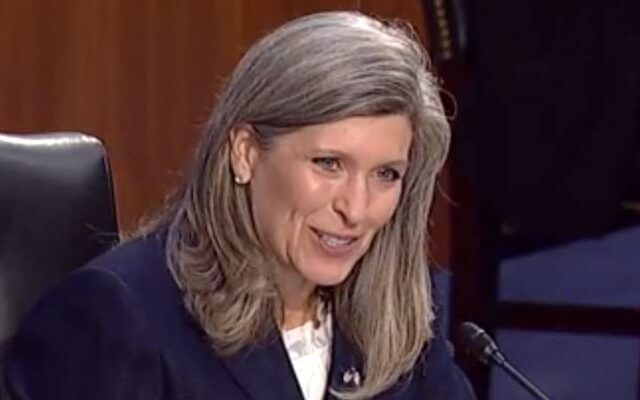 Both of Iowa’s U.S. Senators joined their Republican colleagues in voting against the Democrats’ package of climate and health proposals.

Senator Joni Ernst is among the Republicans who unsuccessfully offered amendments to the bill. She offered an additional restriction on the 75-hundred dollar subsidies for electric vehicle purchases.

“Currently this bill already prevents vehicles containing any parts sources or assembled in foreign entities of concern like China or Russia from being eligible for the tax credit and my amendment doesn’t change that,” Ernst said. “My amendment simply ensures that our tax dollars don’t subsidize EVs from any countries using child or slave labor.”

Ernst said the critical minerals needed for electric vehicle batteries are mined in areas of Africa where some companies have a history of using child labor.

“The purchase of a luxury vehicle for wealthy coastal elites that utilizes child or slave labor is a direct contradiction of our American values,” Ernst said. Her proposal failed on a party-line vote.

“When you have in this tax code things that benefit the rich that can afford Teslas for $80,000,” Grassley said, “you can surely do something for middle class America.”

“It’s 4:50 a.m.,” Grassley said on the Senate floor Sunday, “and I want all the people that thought that inflation was going to be transitory to understand that it’s persistent.”

Grassley also blasted the Senate’s Democratic leader for scheduling votes this weekend after indicating months ago that the Senate would be on recess, forcing Grassley to miss a family reunion he had scheduled. Grassley’s opponent, Democrat Mike Franken, said Grassley should try deploying for a year, as Franken did in the Navy. Franken also criticized Grassley for voting against capping the price of insulin at $35 a month for Americans with private insurance. Franken said Grassley voted “to protect drug industry profits,” while Iowans will continue to pay sky high prices for insulin.