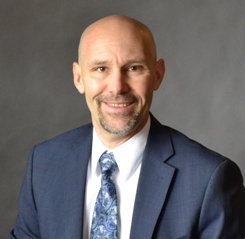 MASON CITY — The head of the Cerro Gordo County Department of Public Health says new COVID case numbers have been climbing up as we move into the winter months.

Brian Hanft says the largest amount of new cases vary by age group. “The 7-day rolling average is at 11%, so we are creeping up. The largest number of people who are showing up as positive are in the 50-69 age group range, but we are seeing 28% of those new cases are under the ages of 29, and 15% are under the age of 18.”

The first case of the Omicron variant of the virus was identified in the state last week, and Hanft says dealing with variants is going to be a normal thing going forward with COVID.  “We’re still watching for the Omicron variant. It is here in Iowa, I think we were the 12th or 13th state to get it. I can’t say that it’s a huge game changer. I think it’s more contagious, but less severe, that’s kind of the word on the street. I think we’re going to continuously see variants that are going to come about. We’ve seen them since the start of this. I think the public is paying attention when those variants come about, but my thought process is that it’s business as usual for us.”

While the 7-day rolling average of positive tests in Cerro Gordo County is at about 11%, the western part of our listening area continues to see the highest 7-day averages, with Wright County being at 15%, Winnebago County at 14% and Hancock County at 13%.

Hanft made his comments at today’s meeting of the Cerro Gordo County Board of Supervisors.