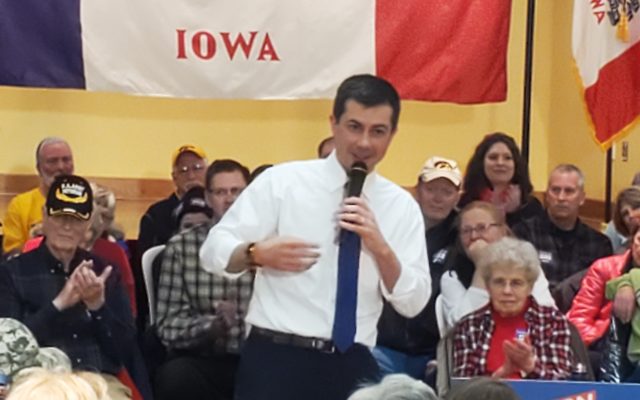 Buttigieg says if he’s elected president, he would select a vice president and cabinet that is diverse.   “I’ll be looking for balance and diversity. By the way, this is true for the VP, this is true for the cabinet. We need a cabinet, a top leadership team that reflects this country, racially for sure, geographically as well, gender-wise. You know there’s research that proves that if a company has gender balance on its board and top team, as a rule it’s more profitable, because they make better decisions. So it’s one of the reasons why I’ve committed that at least 50% of my cabinet will be women. Half the country is, and I think we’ll make better decisions.”

Buttigieg says he’ll be looking for leaders who are committed to serve the country the best way possible.  “Governing wise, the moments you most earn your paycheck are moments when people you trust, who are in charge of important things, who you respect, who you consider smarter than you, don’t agree with each other on what to do, and the decision falls to you and you’ve got to choose a course of action. In order for that decision process to work, whether it’s a matter of war and peace. or whether it’s an economic question, or even a political decision, you have got to know that the people around you are telling you what they believe you need to hear, and I will draw out the voices of those who are prepared to tell me things that maybe aren’t convenient, but are necessary in order to make the best decision.”