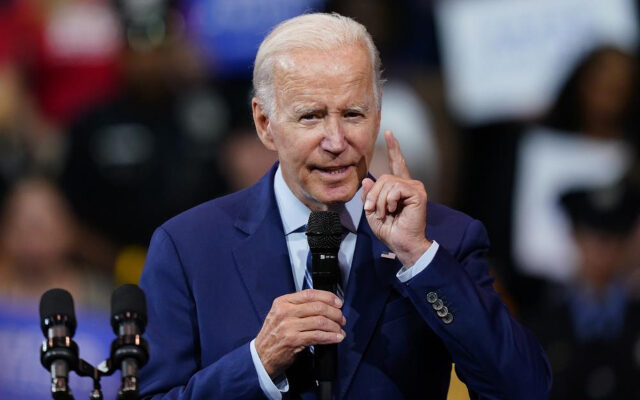 DES MOINES — President Biden has hosted an online fundraiser for Iowa Congresswoman Cindy Axne, illustrating her bid for reelection is among the key races for Democrats’ hopes of keeping majority control of the U.S. House.

Biden spoke for about 15 minutes during the virtual event. He suggested if the GOP wins control of congress, they’ll push for the same kind of tax cuts Britain’s now former prime minister proposed, prompting economic chaos in that country. Biden referred to Axne as one of the best persons in the entire congress.

Zach Nunn is the Republican running against Axne. He spoke at a GOP event yesterday, but did not mention Axne or Biden by name. Iowa Republican Party chairman Jeff Kaufmann issued a written statement about Biden’s event. He said Biden was trying to “save his favorite congresswoman,” but held the event online because Biden “can’t show his face in Iowa.”