‘You took my world,’ wife of slain Anamosa prison officer tells man sentenced for the murder 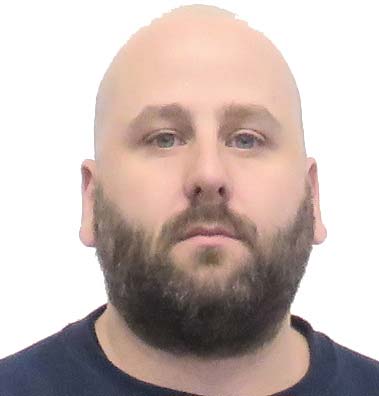 ANAMOSA — One of two inmates charged with killing two Anamosa prison employees in March has been sentenced to spend the rest of his life in prison.

Earlier this month, Thomas Woodard had pleaded guilty to two counts of first-degree murder for the deaths of a prison guard and a nurse, along with kidnapping another prison employee and attempting to kill another inmate. Sara McFarland, the wife of correctional officer Robert McFarland, was first to deliver a victim impact statement before Thursday’s sentencing.

“On March 23, you took my world, my heart from me…I miss him holding my hand so much,” she said.

McFarland said her husband was able to call for help as he was being attacked and died a hero.

“‘The fact that you hit him with a hammer like you could have cared less about him makes me more angry than I have ever been in my life,” she said. “I have never hated anyone like I hate you and, to be quite honest, I hope you rot in hell for what you took from us all.”

Cathie McFarland, the slain officer’s mother, said she’s going through the worst nightmare a parent can go through.

“When I wake up, the reality hits me,” she said. “…My baby boy is gone forever because you chose to take his life.”

Stephanie Schulte, the mother of prison nurse Lorena Schulte, faced the judge as she read a statement rather than look at the man who had killed her daughter. Gretchen Price, one of Schulte’s sister’s, said her baby boy was only 17 days old when Lorena was killed, but her three daughters often spent time with their aunt and every day Price wonders who in the family will be triggered by a memory.

“Weeks of crying on and off all day, nightmares, screaming in the night while they grieve her loss,” she said. “This is our current reality.”

A prison employee who was taken hostage during Woodard’s break-out attempt submitted a written statement that was read in the courtroom. Woodard declined to make a statement before his sentencing. He’s scheduled for transfer to a Nebraska prison. The other inmate charged in the case has entered not guilty pleas.