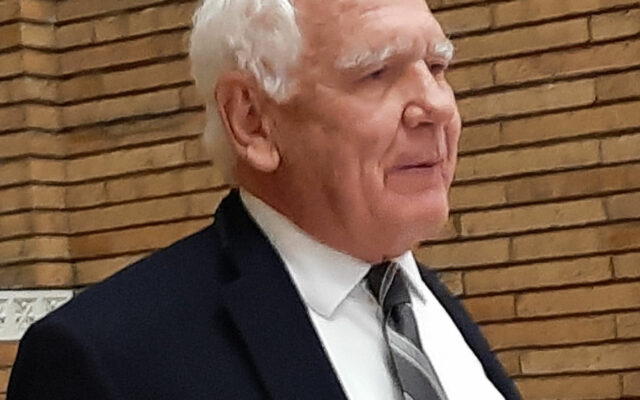 SIOUX CITY — The FBI says it is continuing the investigation of alleged voter fraud by the wife of Woodbury County Supervisor Jeremy Taylor.

Kim Taylor was arrested and charged Thursday with 52 counts of alleged voter fraud in the 2020 primary and general elections. Woodbury County Auditor Pat Gill says he became aware of an issue when a local voter who was an Iowa State University student contacted him about his name being used on a ballot.

“The person said that they had requested an absentee ballot and they went to the Secretary of State’s website where we all enter that information. And when they looked at the Secretary of State’s website, they said, you have a ballot that says that you have a ballot from me, and I didn’t vote that night,” Gill says. The brother of that student also reported his name was used on an absentee ballot.

Gill contacted the Secretary of State, and was advised to call the FBI. Gill says two of his staff members alerted him to several write-in ballots from the 2020 primary that had been cast, but didn’t look right. “This is the first time I’ve ever seen this. When  you could tell by looking at them that they were all filled out by the same person,” Gill says. “that was my read on it and that’s why they called me over they said ‘take a look at this Pat.’ They had the same opinion they were filled out by the same person,” Gill says.

Gill says Jeremy Taylor’s name was the name on all the ballots in question. “Jeremy Taylor was on that ballot for the congressional seat but written in were 150 primary write-in votes for district three (Woodbury supervisor) — which was open at that time. And then also, there were 135 write ins for Jeremy Taylor for auditor,” according to Gill.

Gill says the FBI asked to see all the ballots, and then started their investigation. He says the election safeguards in place to validate ballots and identify voters works — and led to the charges in the case. Jeremy Taylor has not released a statement about the allegations.