‘Why Iowa?’ author back, observing and teaching UI class on Caucuses 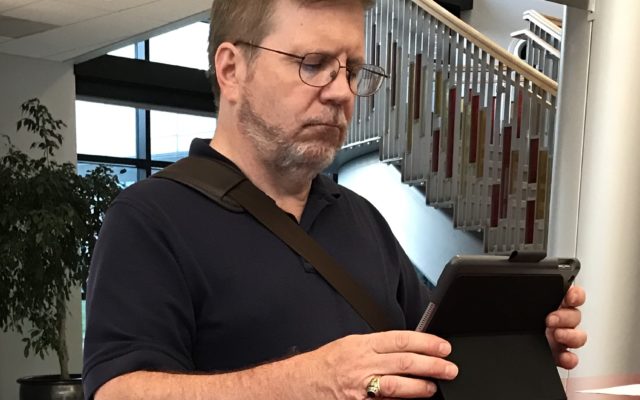 IOWA CITY — A former University of Iowa professor who co-authored a book called “Why Iowa?” has taken a leave from his current post on the east coast to dive back into the Iowa Caucus scene.

“My goal is to see what is the same and what is different about the Iowa Caucuses, but more generally it’s to understand if the Caucuses continue to have the impact on the rest of the nominating process that we found it did in our book,” David Redlawsk told Radio Iowa recently.

Redlawsk, who taught at the University of Iowa for a decade, returned to the state in August. He saw all the 2020 candidates speak at The Des Moines Register’s Political Soapbox at the Iowa State Fair.

“It’s a little bit overwhelming and a little bit difficult to differentiate many of them from each other,” Redlawsk said. “At the same time, I was kind of impressed by the size of the crowds even for the also-rans.”

In mid-August, Redlawsk took in the “Wing Ding” in Clear Lake where 22 Democratic presidential candidates spoke and he has attended several solo events, like former Texas Congressman Beto O’Rourke’s return to the Iowa campaign trail two weeks ago. Redlawsk expected the Democratic candidates to criticize President Trump, but he has been surprised that all the candidates are talking about health care.

“Even if there are great variations on what the candidates want, they’re all talking about it,” Redlawsk said. “I think that one jumps right out at me.”

Redlawsk is teaching a class about the Iowa Caucuses this semester at the University of Iowa.

“Every single cycle in sort of April, May, June everybody says: ‘Will Iowa matter?’ and lots of talking heads say: ‘Nope, not this time,’” Redlawsk said. “Yeah, this time the campaign is more national earlier, but I think Iowa is still going to play the critical role that it’s played for 40 years.”

Redlawsk was an active commenter on Twitter late last week as the Democratic National Committee rejected the state party’s plan for “virtual” caucuses. Redlawsk warns Iowa’s role as the lead-off state in 2024 and beyond will depend on providing “greater accessibility” to the caucus process, “without looking like a primary.”