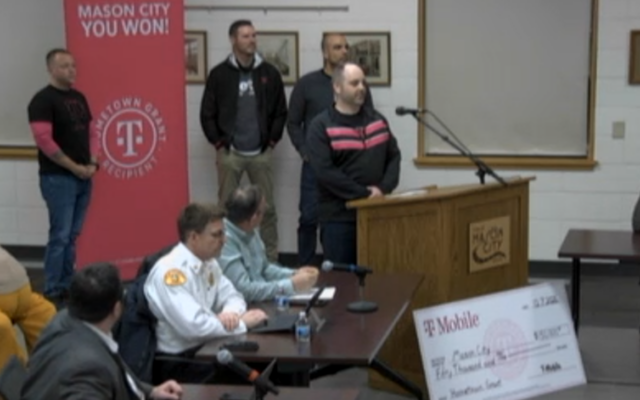 MASON CITY — Two awards totaling $75,000 have been granted to the City of Mason City as part of the Willow Creek Riverwalk project.

Last week, the Wellmark Foundation announced a $25,000 award as part of their “Small Matching Assets to Community Health” program. The city was notified in August of their pending award and had 12 weeks to secure a required matching grant.

At Tuesday night’s meeting of the City Council, T-Mobile announced that the city was one of 25 small towns winning their $50,000 Hometown Grant awards which the company says are used to jumpstart vital community development projects to re-energize towns and build on what makes them unique.

Mayor Bill Schickel says the River Walk project will be another great improvement for the community.  “The River Walk will showcase Mason City’s national reputation as a destination for lovers of the performing arts and architecture, as the original River City made famous in The Music Man, and the home of the only remaining Frank Lloyd Wright-designed hotel in the world. We’re so honored to have T-Mobile recognize Mason City for this, one of only 25 cities in the United States to receive this grant.”

John Lofgren of T-Mobile says this is part of a program that the company started earlier this year.  “Over the next five years, we are going to award a total of $25 million worth of grants to cities of very similar size to Mason City, and we’re glad this is able to be a part of them.”

Lofgren and other T-Mobile officials were in Mason City on Tuesday to present the city with the award.