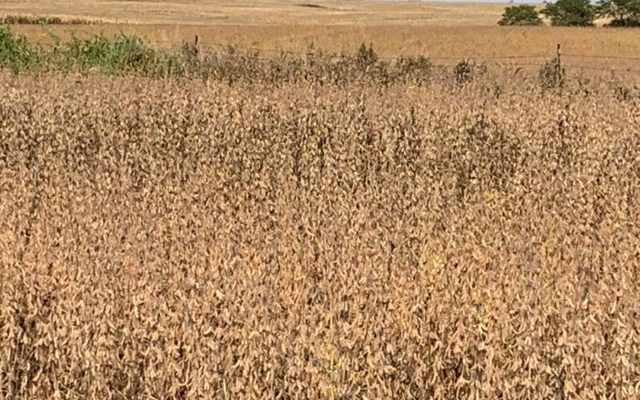 ELLSWORTH — After a dry growing season for much of Iowa, harvest time is demonstrating how weeds became a significant problem, forcing some soybean growers to abandon their crops.

Brandon Hulme, an agronomist with Champion Seeds in Ellsworth, says weeds did a number on soybean fields across a large section of the state. “Driving down Highway 20 and the Interstate 35 corridor, I saw several soybean fields that had some big patches of weeds that didn’t even get harvested,” Hulme says. “The beans left in between the weeds weren’t even worth running the combines through and spreading that weed seed out.”

Hulme advises growers to study what trait and chemical offerings are available as they plan for next year. “I think we’re seeing some pretty good weed control both from the Xtend and XtendFlex platform, as well as the Enlist herbicide program,” he says. “Really, as far as genetics and seed selection, both are top-notch programs to run with.”

With drought conditions prevalent for much of Iowa during the year, most crop diseases dried up — along with the soil. “Disease pressure really was kind of nonexistent through a lot of the growing season and then as we hit August, that’s where rainfall started to pick up,” Hulme says. “We definitely saw some diseases prevalent out there, especially northwest Iowa, north-central Iowa, white mold was prevalent again here this year.”

Hulme advises producers to study which chemical applications are best to apply and to look at what the chemical labels require, as well as any state regulations.