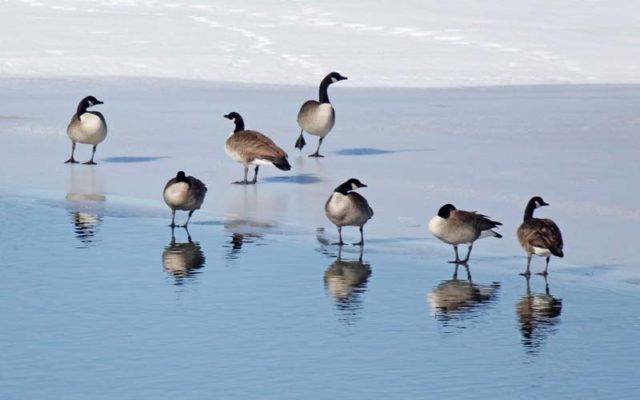 DES MOINES — Especially during the wintertime, some Iowans like to feed the ducks and geese in parks and nearby ponds, but one expert implores — don’t.

Orrin Jones, a waterfowl biologist with the Iowa Department of Natural Resources, says when we toss bread and other treats to our feathered friends, it’s teaching them to become dependent on us.

“We want to encourage them to find food on their own,” Jones says. “These birds are migratory in nature and it’s very important that they go and distribute, and finding food is part of that migratory process.” As we’ve all learned during the past pandemic year, sometimes being in close proximity to one another is a bad thing, and the same goes for birds, which will cluster around when there’s free food.

Jones says, “It’s important not to concentrate them more than they would naturally from a disease prevention perspective.” One of the biggest problems with feeding ducks and geese is that, while well-intentioned, it could be a critical mistake for the health of the birds.

“They really need to find natural foods to get a wide range of items in their diet to satisfy their nutritional needs,” Jones says. “Human food is oftentimes detrimental and can even be dangerous to these birds so you might actually be harming them by feeding them.”

Geese are quite plentiful in Iowa right now, particularly in urban communities, as there are several groups mingling at once, those that live here year-round and those that are migrating.