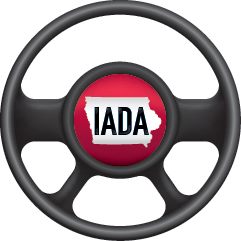 DES MOINES — New vehicle registrations in Iowa are up 28% in the first six months of this year compared to the first half of last year when the pandemic hit.

The number of vehicles sold in Iowa so far this year is 17% above the pre-pandemic level of vehicle sales in the first half of 2019. There are about 300 auto dealerships in Iowa and Anderson said showrooms have turned into “empty dancefloors” and there’s no longer “a sea of cars” out in the lots. Anderson said it’s not entirely due to supply chain issues.

Dealers are getting up to 70% of the new vehicles they normally receive, according to Anderson.

“Dealers are still getting inventory, but more and more of it is pre-sold,” Anderson said. “You can get a car. You can get a truck. There’s just not a lot to look at on the lot.”

Because of supply and demand issues, there’s been a double-digit increase in the price of used cars and trucks, too.

“Your trade has literally never been worth more and might be worth more than when you bought it,” Anderson said.

The pandemic has accelerated the move to online sales and customer service for Iowa car dealerships.

“Expectations have changed,” Anderson told Radio Iowa. “Everyone of the 300 franchised new car dealerships in Iowa have got a website with a more robust virtual experience than ever before. We’re talking multiple photographs, detailed reports, even videos of the inventory before you ever take that test drive.”

About 8600 cars and more than 64,000 pickups and SUVs were sold in Iowa in the first six months of the year. That’s the highest number of total vehicle sales to Iowans in 15 years. Vehicles that Iowa dealers sold to out-of-state residents are not included in the data.