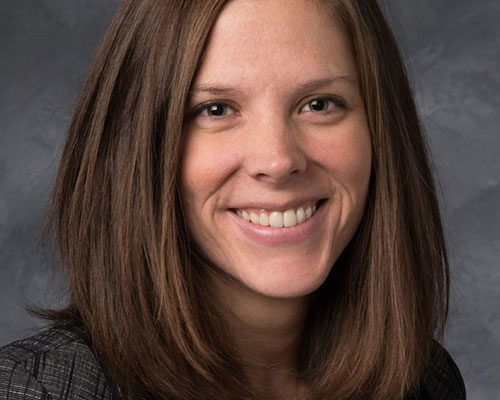 IOWA CITY — A new University of Iowa study finds Olympic bronze medalists tend to appear happier on the podium than the silver medalists who beat them.

UI marketing professor Andrea Luangrath focuses much of her research on non-verbal communication and is using high-tech software that can detect emotions from facial expressions in photos and video.

“We actually formed the largest data set ever used to test this phenomenon,” Luangrath says. “We gathered more than 400 athlete photos, representing more than 60 countries, and we did this from the Olympic games over time, too, so we gathered photos from the 2000 to the 2016 Olympics.”

So why do the third-place finishers smile more broadly than those in second-place? It has to do with “counterfactual thinking,” or imagining an alternate reality.

The silver medalist, Luangrath says, tends to make an upward comparison, looking to the gold medal winner and thinking, “If only I’d been a little better. But the bronze medalist, they formed what we call a downward comparison,” Luangrath says. “It’s kind of thoughts of, ‘Well, at least I won a medal at all.’ They’re thinking about that 4th place finisher and they’re saying, ‘I’m actually just happy to be on the medal stand at all.’”

Perhaps the most recognized silver medal winner in recent years is American gymnast McKayla Maroney. She made the famous “not impressed” grimace after finishing second in the women’s vault at the 2012 Games in London. The UI professor says it’s the perfect example of this phenomenon as Maroney underperformed.

“Everyone had this expectation that she was going to earn a gold medal and so when she fell short of that, of course, she was disappointed in herself, as was everyone else for her, but it was really revealed on her face,” Luangrath says. “That iconic face has actually gotten her a lot of mileage. She’s take that face all over the world.”

The software used in the research can read a person’s facial expression by the shapes and positions of their mouths, eyes, eyebrows, noses, and other parts of the face. Not surprisingly, the study found gold medalists are far more likely to smile than the other two medalists, and people who finished better than expected were also more likely to smile, regardless of their medal.

The study, “Counterfactual Thinking and Facial Expressions Among Olympic Medalists,” was published in the Journal of Experimental Psychology.