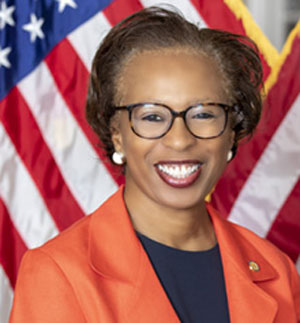 WASHINGTON — As Republicans wrangle with the decision of who will win the role of House Speaker, a University of Iowa graduate has been managing the voting and debate on the House floor.

Cheryl Lynn Johnson has been the Clerk of the U.S. House since February 25, 2019. Since there’s no speaker of the House yet, Johnson as House Clerk is the presiding officer of the House. Johnson graduated from the University of Iowa in 1980 with a bachelor’s degree in journalism and mass communication.

Johnson, who was born in New Orleans, earned a law degree from Howard University in 1984. She was legal counsel for several committees in the U.S. House for nearly two decades and worked at the Smithsonian Institute for 10 years before returning to the U.S. House four years ago.