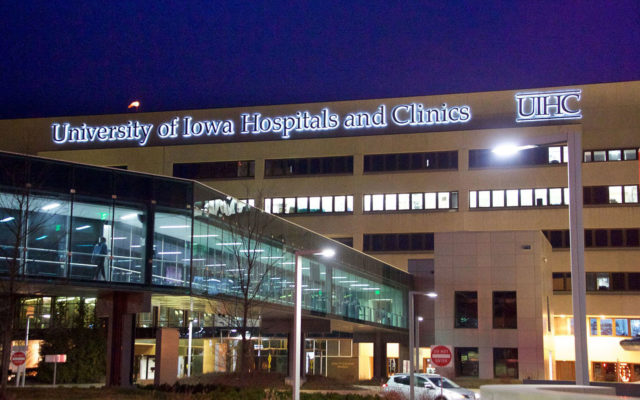 IOWA CITY — The Iowa Marrow Donor Program, based at the University of Iowa Hospitals & Clinics, is marking the 40th year since the first marrow transplant from an unrelated donor there in 1981.

More than 900 Iowans have stepped up to donate and save the lives of strangers across the world. She says we each have two sets of tissue types we inherit from our mother and father. Only one in four of our brothers or sisters are usually compatible donors — which is why there’s a need for unrelated donors. “In society as we have less and less children, as families have less and less children, the need for unrelated donors is only growing,” she says.

You can donate via bone marrow or through stems cells — which she says is the most common type of donation. Reardon says technology has led to a lot of changes in 40 years that have helped the process and they can now find a match with a simple cheek swab. She says donors are still needed until research finds new cures. “As science progresses, there are other methods that the researchers are looking at to cure cancer and cure leukemia. And so we will see what the future holds there,” according to Reardon. “But into the foreseeable future, we still need healthy Iowans to step up.”

Reardon says the best way to donate is to go search for “Be the Match” online and sign up on the donor registry. She says survival rates from marrow transplants have increased since they began. “When I first started, the long-term success was 30-35 percent. Today it is well over 70 percent. So, we’ve had tremendous strides in survival rates with unrelated transplants,” Reardon says.

Reardon says it is a life-saving experience for those who receive a donation — and a life-changing situation for those who donate. “Our donors are quite amazed when they think that they share their tissue type with somebody they don’t know. They may not share their tissue type with their brothers or sisters probably not their parents — but there is somebody out there — and only they can help them. It’s a really humbling situation.”

Student organizations across the state also hold sign-up events for donors. Reardon says they’ve seen patients who have multiple matches and others who have none, and that’s why it is important to continue signing people up for the donor registry.