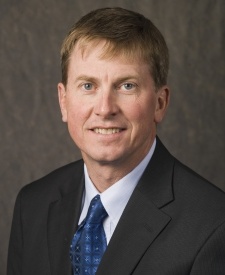 JOHNSTON — A University of Iowa environmental engineering professor says it will take $10 billion to address the state’s water quality issues and reduce the likelihood of flooding.

Larry Weber conducts research on flooding and water quality. “If we could spend $200 million a year and divide $200 million into $10 billion, that’s 50 years,” Weber says. “So like we’ve changed the way soil comes off the land in the last 50 years, we could change the way water and nutrients come off the land in 50 years, but we need the political will to do it.”

Weber says the 2023 Farm Bill could include rules to reduce farm run-off that would apply not just to Iowa farmers, but to all U-S ag operations.  “We’ve had a lot of talk,” Weber says. “The talk has been going on now for a decade or more and we’re just simply not making the progress that Iowans should expect to receive.”

Weber says the drought in much of Iowa will have an impact on water quality, too, since corn and soybean plants in dry soil are not absorbing as much of the commercial fertilizer and manure that’s been applied to fields.  “When we do get rain and the water starts to flow and our tiles flow again, we will likely see a real large movement of nitrates coming out of our farm system,” Weber says.

Some Iowa utilities that provide drinking water use surface water from rivers, but about 75 percent of Iowans get their drinking water from underground supplies.  “That water has taken tens of thousands and in some cases millions of years to accumulate in those deep aquifers, but it too will be stressed,” Weber says. “Those resources, although ample today, will not be endless. We will have to start thinking about what we will do at the end of the turn of the century, especially as these floods and droughts become more prevalent in our state.”

Weber made his comments this weekend on “Iowa Press” on Iowa PBS.