UI logistics expert: order gifts now to get them by Christmas 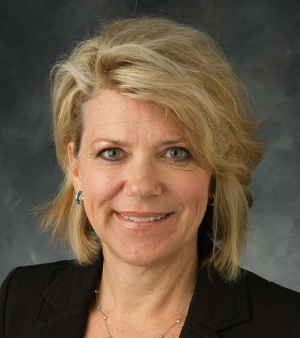 IOWA CITY — You might be wise to order your holiday gifts now — if you hope to have plenty of presents under the tree come late December, according to a logistics and supply chain expert at the University of Iowa.

Jen Blackhurst, a UI professor of business analytics, says many retailers simply aren’t recovering from the pandemic nightmares and a perfect storm is developing that will mean more shortages to come.

“We’re seeing some pretty extreme delays with the chips not being available to put in the cars,” Blackhurst says. “If you’ve tried to order any kind of furniture, there’s five, six, seven months of delay.” Blackhurst calls it the bullwhip effect, where a small change or glitch in demand or in the supply chain can quickly grow in severity.

“There’s been recently a port in China that has lowered capacity due to a re-outbreak of COVID,” Blackhurst says. “That’s slowing the ability to move goods in, and more importantly, out of China, which is going to slow things down.”

We’ve seen it repeatedly during the pandemic where certain items simply are unavailable and shelves are empty. Think toilet paper, cleaning products, and hand sanitizer early on, while later it was webcams, furniture, lumber, video game consoles, and countless other products.

“Come the holiday time, we’re going to see some delays and shortage of materials and goods and gifts,” Blackhurst says. “So, thinking about that right now and really understanding where your gifts would be coming from, things you want to have for the holidays, they could be, in fact, quite delayed.”

Many areas of the world are facing severe supply chain issues and it’s affecting a wide range of products, and she says it probably won’t be fixed by Christmas. She says, “If it’s a new toy that there’s going to be a lot of demand for, you’re going to have to start thinking about that now.”

Blackhurst says one report tells how the price to purchase space on a shipping container from China to the U.S. has risen 200% or more just in the past four months. She predicts we won’t see supply chains fully functioning again until mid-2022 at the earliest.