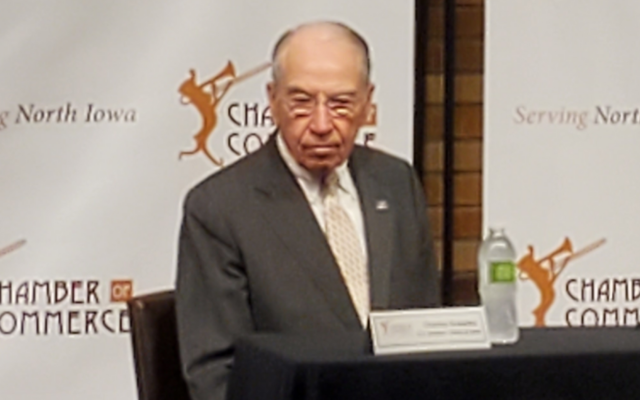 Grassley’s staff released a statement Tuesday, saying Grassley is in “good spirits” and expected to make a full recovery. The statement, issued at about 5:30 p.m. Iowa time, did not indicate how Grassley injured his hip or what kind of surgery would be performed.

Grassley sent a tweet shortly after seven o’clock tonight, praising Governor Reynolds for her “Condition of the State” message, but not commenting on his own condition.

Grassley was at the Iowa Capitol Monday to administer the oath of office to his grandson, House Speaker Pat Grassley.

Grassley has just started his 8th term in the U.S. Senate and has the most seniority of any currently serving senator. Grassley, who is 89, is the second oldest senator. California Senator Dianne Feinstein was born in 1933, about three months before Grassley.