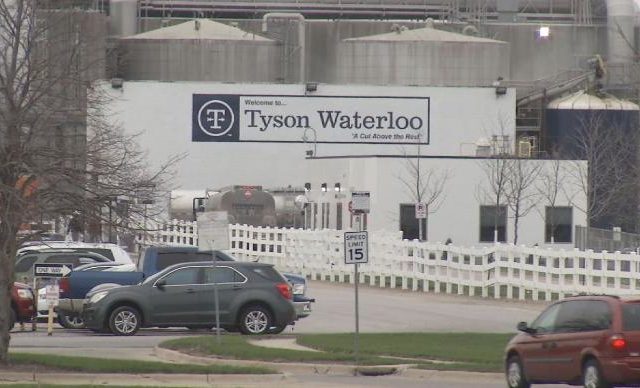 WATERLOO, Iowa (AP) – Tyson says about a third of workers at the company’s Waterloo, Iowa plant have received the COVID-19 vaccine.

The virus has already sickened about a third of the site’s nearly 3,000 employees, and Waterloo Tyson is linked to at least six worker deaths from the coronavirus.

The company this month hosted vaccination clinics for Waterloo workers and partnered with grocer Hy-Vee to provide shots to Independence, Iowa employees.

About a third of the 265 workers at the Independence plant have been vaccinated, according to Tyson.

Last spring, major outbreaks at a number of meatpacking plants – where workers often stand should-to-shoulder on production lines – forced them to close temporarily because of the number of illnesses and to install additional safety measures. The Waterloo site was among plants temporarily shuttered.

The UFCW union, which represents roughly 80% of the nation’s beef and pork workers and 33% of its poultry workers, estimates that at least 22,000 meatpacking workers have been infected or exposed, and 132 have died of COVID-19.