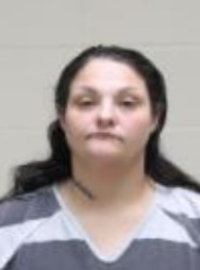 MASON CITY — A high-speed chase that went through three north-central Iowa counties on Sunday afternoon leads to the arrest of two Minnesota women.

Shortly before 2 o’clock, an Iowa State Patrolman attempted to stop a speeding vehicle traveling on US Highway 218 near Plainfield in Chickasaw County, with a chase ensuing that went through Floyd and Cerro Gordo counties with speeds exceeding 150 miles per hour. During the pursuit, the women were throwing objects out of the vehicle.

Law enforcement eventually used stop sticks with the vehicle being pulled over just outside of Mason City along US Highway 18.

Driver 35-year-old Marion Baca and passenger 32-year-old Heather Krumrie were arrested. Both were charged with a Class B felony-level controlled substance violation, possession of drug paraphernalia and a drug tax stamp violation.