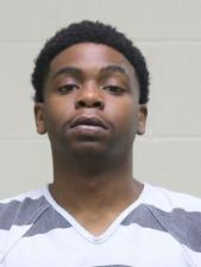 CLEAR LAKE — Not guilty pleas have been filed by two Mason City men arrested after a traffic stop in Clear Lake last month.

A criminal complaint states that a Clear Lake police officer made the traffic stop for a speeding violation on the afternoon of December 11th at the intersection of North 32nd Street and State Highway 122.

The complaint states the officers could smell marijuana coming from the vehicle, and during a search, they allegedly found $2000 in small denominations in the center console, while in the trunk they found a black zippered bag containing a baggie with 6.2 grams of cocaine, two more baggies of marijuana weighing just under 17 grams, a digital scale, and a loaded .22 caliber handgun.

19-year-old Arthur Lang and 24-year-old Daniel Judon were both charged with two felony controlled substance violations and being a person ineligible to carry dangerous weapons.