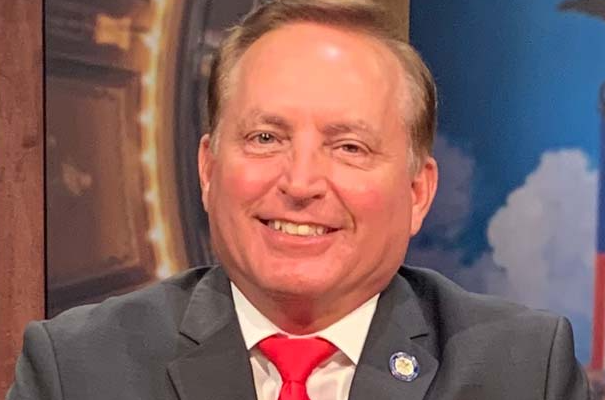 DES MOINES — Two Democrats have announced they intend to try to unseat Republican Secretary of State Paul Pate in 2022. Both were speakers this weekend at Polk County Democrats Steak Fry.

“In fact, our state is home to some of the most cynical and short-sighted political attempts to manipulate turn out than anywhere in America right now,” he said.

According to Van Lancker, some mail-in ballots will go uncounted due to an election law change Republicans passed this year. “Ending counting absentee ballots at the end of an Election Night is absolutely irresponsible when we have bar code technology that tells us when a voter returns their ballot in good faith,” Van Lancker said.

Miller criticized Republican lawmakers for cutting the early voting period in half since 2016 and for limiting every Iowa county to having just one drop box for absentee ballots.

“Folks, let’s call that for what it is: voter suppression,” Miller said. “It’s a coordinated attack on Iowans and our current secretary of state seems very comfortable standing by while our right wing legislature chips away at our voting rights.”

Miller reminded the crowd that he was sued for defying Secretary of State Paul Pate’s order not to mail out absentee ballot request forms that included the voter’s registration number and home address.

“I was sued for expanding voter participation and keeping voting safe during a deadly pandemic,” Miller said of the lawsuit he lost. “I am proud to face that lawsuit any day of the week.”

During a speech in Coralville Saturday, Pate touted Iowa’s voter I.D. law and criticized the Freedom to Vote bill Senate Democrats have drafted.

“Right now they’re trying to do end runs on the Constitution. They want to steal our elections from the states,” Pate said. “They want to nationalize elections.”

Pate did not mention the two Iowa Democrats who’ve announced they hope to challenge him in 2022. Pate urged his fellow Republicans to remember to vote this November in city and school board elections.

“The school boards…we have people there trying to tell us how to run our lives in a fashion that we don’t support,” Pate said. “so this vote is important.”

Paul was among the speakers at the 2022 campaign kick-off for Republican Congresswoman Mariannette Miller-Meeks reelection.