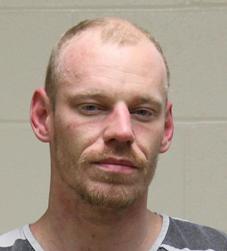 CLEAR LAKE — Two people are under arrest after a high speed chase in blizzard conditions in Clear Lake last night.

The Cerro Gordo County Sheriff’s Department says at about 10:15 PM a deputy located a 2013 Chevrolet Camaro that had been reported stolen near the intersection of Interstate 35 and US Highway 18. The deputy attempted to stop the vehicle, with the driver fleeing through Clear Lake at speeds of over 100 miles per hour. The driver lost control of the vehicle due to poor road conditions west of Clear Lake near McIntosh Road. The two people in the car fled on foot through a field.

The driver, 31-year-old Jared Schneckloth, who lists dual addresses of Clear Lake and Manilla Iowa, was arrested after authorities located him inside a garage. He’s been charged with the felony of theft of a motor vehicle as well as numerous misdemeanor traffic violation charges.

The passenger, 26-year-old Dylan Dimig of Schleswig, was charged with interference with official acts.

Nobody was injured during the pursuit and no patrol vehicles sustained damage.