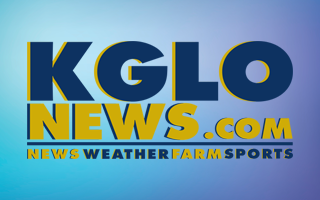 AM-1300 KGLO — Iowa men vs. Maryland — joined in progress after MCHS basketball

CLEAR LAKE — Clear Lake jumped out to a 21-0 lead after the first quarter and rolled to a 67-22 win over Hampton-Dumont/CAL in a Class 3A substate quarterfinal boys basketball game last night in Clear Lake, as you heard on AM-1490/96.7-FM KRIB last night. Jack Barragy had 16 points while Carson Toebe added 13 to lead the Lions, who improve to 21-0 on the season and will host Algona on Thursday night in the substate semifinal round. Algona beat Waverly-Shell Rock in the first game in Clear Lake last night 66-53.

MARSHALLTOWN — The Mason City High boys basketball team beat Marshalltown 63-54 last night in a Class 4A substate quarterfinal, as you heard on KGLO. The Mohawks outscored the Bobcats 22-9 in the third quarter to lead 46-37 and held on to the nine-point margin in the fourth quarter. Javorious Toney and Dylan Miller each had 17 points while Corey Miner added 11 and Carter Thomas 10. Mason City is now 9-13 on the season and will travel to Des Moines North in the substate semifinal round on Friday. On the other side of the bracket, Des Moines Lincoln beat Urbandale 52-44, with Lincoln facing Ames on Friday.

SIOUX RAPIDS — The West Hancock girls are into the state tournament after a 76-44 win over Kingsley-Pierson in a Class 1A regional championship game played last night at Sioux Rapids. The Eagles broke away from a 32-24 halftime lead with a 24-12 third quarter and then a 20-8 fourth quarter. West Hancock improves to 23-1 and will face North Mahaska in a 1A state quarterfinal game next Wednesday at 5 o’clock at Wells Fargo Arena in Des Moines.

MASON CITY — The Mason City High girls look to return to the state tournament as the 4th-ranked Mohawks host 12th-ranked Gilbert in a 4A regional final tonight. Mason City is 14-8 after drubbing Decorah 98-31 in the semifinal round on Saturday night, while Gilbert is 16-5 and advanced with a 53-35 win over Boone. You can hear the Mason City-Gilbert game on AM-1300 KGLO starting with the pre-game at about 5:15 with tipoff scheduled for 5:30.

IOWA CITY — Iowa coach Fran McCaffery is confident the 21st ranked Hawkeyes will be able to handle the quick turnaround after their second straight win at the buzzer. The Hawkeyes are at home tonight against a Maryland team that is ranked 24th.

Maryland is 10-5 and a half game in front of the Hawkeyes in the Big Ten standings.

McCaffery says the Terrapins will be difficult to guard.

AMES — Iowa State coach Steve Prohm says Fred Hoiberg will be at tonight’s game against Baylor. The 19th ranked Cyclones are 8-4 in the Big 12 after a win at conference leader Kansas State.

Iowa State lost the first meeting of the season but that was a much different Baylor team. The Bears have been without their top three scorers due to injury and are 7-5 in the league race.

Despite the injuries Baylor coach Scott Drew has kept his team competitive.

Tipoff at Hilton Coliseum is scheduled for 8 o’clock tonight.

DES MOINES — Not only has Drake been a surprise in Darian DeVries’ first season as head coach but the Bulldogs are in the thick of the Missouri Valley title chase. With two weeks remaining the Bulldogs are part of a three way tie for the lead heading into tonight’s game at home against Bradley. Saturday’s win over Valparaiso clinched the sixth 20 win season in Drake history.

DeVries says it has been a combination of youth and experience.

A key as of late has been the shooting of Brady Ellingson. The Iowa transfer is averaging 12 points per game and has made 15 of his last 25 three pointers.

Ellingson says it has been fun to be part of something this special.

Tipoff tonight at the Knapp Center is scheduled for 7 o’clock.

DES MOINES — Officials with the Iowa High School Athletic Association are looking at ways to strengthen dual team wrestling, including the possibility of moving the state dual team tournament. The dual team tournament was moved to the day before the start of the traditional tournament in 2012. The move drew the ire of numerous coaches who did not want their individual qualifiers taking part. Lewie Curtis is the wrestling administrator for the IHSAA.

Curtis says their ultimate goal is the strengthen dual competition in the regular and post season.

Curtis says any change is a couple of years away. The association’s contract with Wells Fargo Arena currently includes four days of competition.