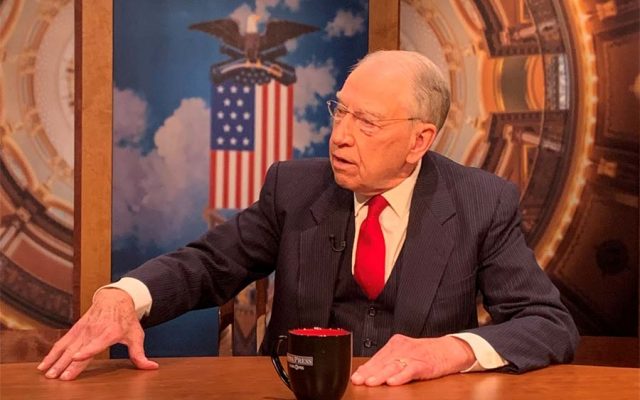 “Tell ’em what I’m trying to accomplish and what has been accomplished before and what is wrong with this administration…inflation and high gas prices and the border not being enforced and all that sort of stuff and I’m just going to speak that out,” Grassley told reporters Wednesday. “It’s a wonderful opportunity to get in front of, I imagine, a few thousand people.”

A Des Moines Register/Mediacom Iowa Poll this month found 83% of likely Republican voters in Iowa have a favorable view of the former president, while just over half of all voters view from very or mostly unfavorably. Grassley said concerns about Trump “aren’t very high on the list” for the Iowans he meets.

“What I’m hearing from Iowans on my 99 county tour is inflation, high energy prices — gas prices,” Grassley said, “and I’m trying to address those issues that Iowans are most concerned about.”

“There is, in Navy parlance, a sea change happening and it’s quite palpable,” Franken said during an appearance in Iowa City yesterday. “…Perhaps this is not the Chuck Grassley of old.”