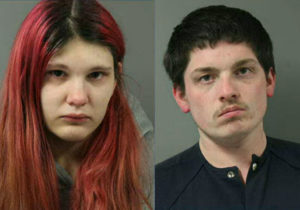 FORT DODGE — Trial dates are set for the Fort Dodge parents accused  in the November drowning of their newborn baby daughter.

24-year-old Taylor Blaha’s trial is set to begin on February 28th and 31-year-old Brandon Thoma goes to trial on August 8th. Blaha and Thoma were arrested and charged with first degree murder.

Blaha told detectives it was the child’s cry that caused her and Thoma to panic in a drug fueled state and to take the baby to a half filled bathtub where it is reported that together they allegedly held her underwater until she died.

Both are being held on $1 million cash only bond.  The search for the baby’s remains continues, and there is a $1500 reward for information that leads to the discovery of that child’s body.