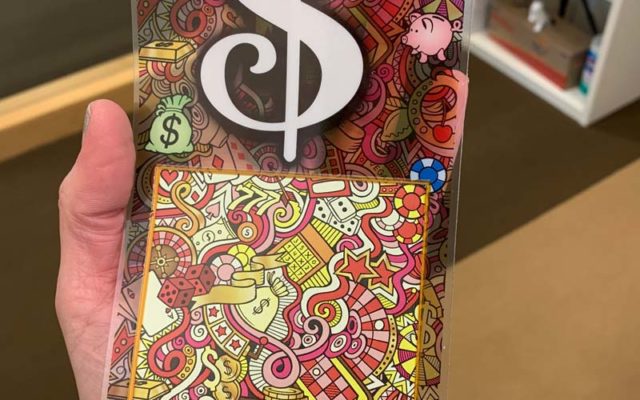 DES MOINES — The Iowa Lottery has introduced a new scratch ticket that spokesperson, Mary Neubauer, says is unlike anything they’ve done before.

“It’s a scratch ticket — but it is transparent, it’s see-through, you can see through the ticket,” Neubauer says.”It’s a concept that a few other lotteries around the country have done, and when we were talking with our ticket printers and they showed us the idea, it’s like, ‘that’s really cool’, we’ve never seen that before.”

The ticket is part of what is called the Cash game, and Neubauer says it will probably be more known for the material it’s on.
“It’s just a different printing technique and it’s a different ticket substance that these tickets are printed on. I think if people just go into the store and say ‘hey I want the clear ticket’, you don’t even have to know the name of the game. I am pretty sure the clerks will know what one that is,” according to Neubauer.

While the ticket is clear,  you can’t turn it over and see the prize before you scratch it. “The actual section on the ticket where you play — that part is not see through — the rest of the ticket is see-through, not the particular section,” Neubauer says.”but you play it just like you would a normal…it’ll be fun to see people’s reaction to that.”

Scratch tickets continue to be the top seller for the Iowa Lottery as sales of lotto tickets dropped during the pandemic.