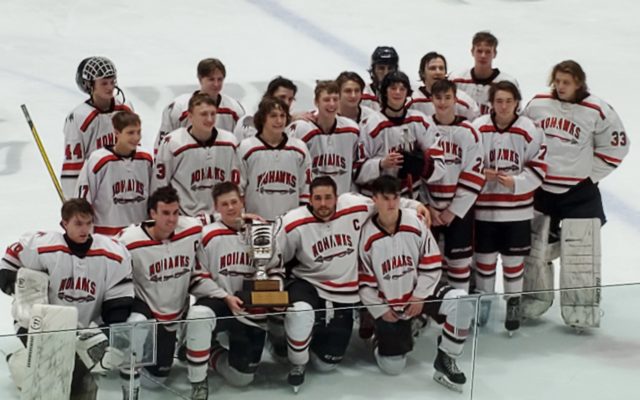 IOWA CITY — The men’s basketball game between Michigan State and No. 5 Iowa, scheduled for Thursday is being postponed, as mutually agreed upon out of an abundance of caution surrounding the health and safety of the participants.

The two institutions will work with the Big Ten Conference to identify rescheduling options.\

IOWA CITY — Ohio State ended the 42-game home court winning streak for the Iowa women. The 15th ranked Buckeyes rallied from a 12 point halftime deficit for an 84-82 overtime victory. The Hawkeyes hurt their own cause by committing 18 turnovers.

That is Iowa coach Lisa Bluder. The Hawkeyes also struggled at the charity stripe by making only 15 of 24 as they fall to 4-3 in the Big Ten.

AMES — Ashley Joens scored 30 points and hauled down 15 rebounds as the Iowa State women beat Oklahoma State 90-80, handing the Cowgirls their first Big 12 loss. The Cyclones led nearly wire-to-wire to improve to 4-1 in the league race.

MASON CITY — Mason City scored twice in the third period to beat Ames 4-2 in Midwest High School Hockey League play last night in Mason City, as you heard on AM-1490/96.7-FM KRIB and kribam.com. Josh Blaha tied the game at 1-1 in the middle of the second period for the Mohawks and then Sam Butler scored with 13 seconds left in the second period to tie it up again at 2-2. Dominic Despenas and Brody Ruehlow then scored for Mason City in the third as the Mohawks gained possession of the I-35 Cup the two teams battle for every year. Mason City is now 6-9 on the season and will travel to Sioux City for a weekend series starting Saturday.

ST. PAUL, Minn. (AP) — The Minnesota Wild have signed forward Marcus Foligno to a three-year, $9.3 million contract extension. He’s coming off the best season of his career. The deal takes a potential free agent off the market next summer and keeps Foligno in the fold through 2024. The 29-year-old had 25 points and a plus-8 rating in 2019-20. Despite playing in only 59 games, both totals were career highs. Foligno also led the Wild with 184 hits. He is ninth in the NHL with 1,446 hits since the start of the 2013-14 season.