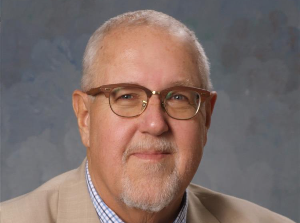 MASON CITY — Mason City City Councilman Tom Thoma announced on Wednesday that he is running for another term.

Thoma is in the last year of his first term as an at-large council member. “I thought it over and got some encouragement from people in City Hall and I’m going to seek another four-year term. I hope the voters appreciate what we’ve done and will elect me and the other guys that are running for another term and we’ll just keep going along here on a positive note and doing good things for Mason City, great things too.”

Thoma says it’s been a fast, fruitful term that has seen a lot of things happen in the community.  “I’ve just got a passion for making North Iowa a better place to live, not that it’s not great now. Every time I’ve seen something that the Chamber has done or an accomplishment by the North Iowa Corridor Economic Development Corporation or the Main Street Mason City, and even in Clear Lake and around Cerro Gordo County, makes me feel really good being a North Iowa native, a Mason City guy, and I just want to keep going with the momentum we’ve established right now.”

Prior to serving on the City Council, Thoma worked for the Globe Gazette for 44 years.