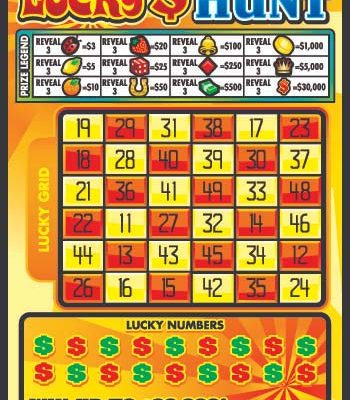 CLIVE — The Iowa Lottery has regained momentum and more from sales lost during the height of the pandemic last year.

Lottery spokesperson, Mary Neubauer, says this fiscal year is already well past expectations “Sales are nearly 25 percent ahead of what we had budgeted,” Neubauer says. The fiscal year started June 30th and sales through February are $292.8 million.

Neubauer says those sales mean more money going back to the state.  “Proceeds to state causes right now are more than 43 percent ahead of budgeted projections,” she says. The state has received $69.2 million in proceeds through February.

Scratch ticket sales have continued to be on another record sales pace — with more than $200 million in sales through February. Neubauer says that’s a nearly 23 percent increase compared to last year. “As folks kept spending time at home — often a lot more time at home — they were looking for those safe entertainment options, be it board games, puzzles. And lottery tickets became a safe entertainment option for them. And that has continued to be the case ever since,” according to Neubauer.

Part of the reason for the continued strong sales of scratch tickets has been the continued access to grocery stores during the pandemic. They have consistently been top sellers of Iowa Lottery products.

“Every year we do a top ten list of our top ten retailers in our state — and it’s going to be interesting to see that top ten list at the end of this year,” Neubauer says. “Certainly places like grocery stores and supermarkets continued to have really strong traffic this year, because people needed to go there to buy their staples.”

Competitors for the entertainment dollar — such as bars, restaurants, and casinos — were shut down or faced restrictions, leaving people with money to spend on lottery products. Neubauer says the Iowa Lottery will likely see the impact on sales as things get back to more normal operations.

“We don’t believe that this is going to hold as more businesses fully reopen, as vaccinations continue, as more folks start to get back out and do more quote-unquote normal things in their lives — we think that Lottery sales will settle back down to moderate growth,” Neubauer says. ” But this year is going to be a barn burner for sure.”

The updated sales figures were presented to the Iowa Lottery Board during their meeting Tuesday in Clive.