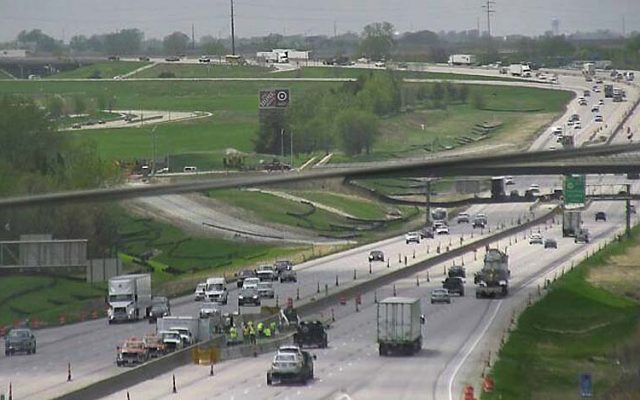 DES MOINES — A national report ranks Iowa’s highway system 22nd in the country, a drop from 20th last year, in terms of its condition and cost-effectiveness.

The study’s lead author, Baruch Feigenbaum of the Reason Foundation, says they calculated the rankings based on a series of 13 categories, including pavement quality, spending, safety, and traffic congestion.  “Iowa does nothing outstanding but it also does nothing terribly,” Feigenbaum says. “Its highest ranking is 13th and that’s in rural and urban fatality rates, and its lowest ranking is — well, it does one thing poorly — structurally deficient bridges which is 48th, but the majority of Iowa’s rankings are right there in the middle.”

Among Iowa’s other placements, the organization’s Annual Highway Report showed Iowa ranked 30th in urban interstate pavement condition, 22nd in traffic congestion and 18th in overall fatality rate. The study also rated the states for how much they spend per mile of state-controlled road.  “In terms of state-controlled highways, Iowa’s spending $63,471 (per mile) and that is an average across all state-controlled roads,” Feigenbaum says. “In overall spending, Iowa’s 19th and in capital and bridge costs, Iowa’s 34th.”

Earlier this week, President Biden signed a massive infrastructure bill into law which promises to pump some five-billion federal dollars into Iowa for projects from roads to public transportation to airports. It likely won’t mean anything visible right away, he says, as far as improvements to our highways. “I don’t think they’ll change radically in the near future,” Feigenbaum says. “It tends to take a couple of years for any changes that the state DOT makes in terms of more repavings, newer roads, things of that sort, to take effect.”

Even with the influx in federal dollars, he’s doubtful Iowa’s 22nd place ranking on the report will shift significantly in either direction.  “Over time, I think that will improve the state’s performance, but it will also improve other states’ performance,” Feigenbaum says, “so everyone will get better, hopefully.” Compared to nearby states, Iowa’s overall highway performance is better than Illinois (ranks 40th overall) and Wisconsin (26th) but worse than Missouri (2nd), Minnesota (18th) and Nebraska (21st). The Reason Foundation is a non-partisan, non-profit think tank, based in Los Angeles.

See the full report at: https://reason.org/policy-study/26th-annual-highway-report/