State universities all report drop in enrollment for fall 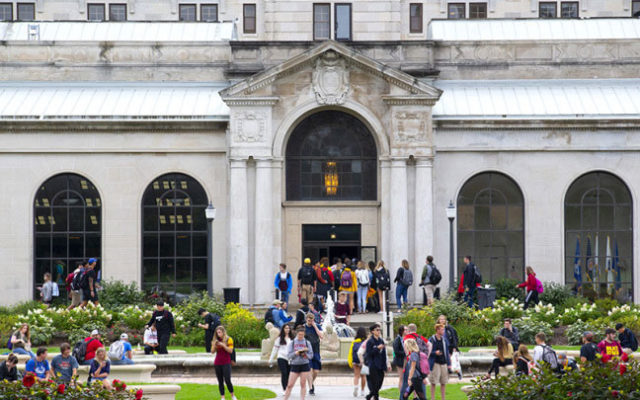 ISU photo of students on campus

AMES — All three state universities are reporting a drop in fall enrollment.

Iowa State University spokesperson Laura Doering says they have 33,391 students on the Ames campus for fall semester. “That is actually a decrease of 1,600 students, or about 4%, from fall of 2018,” Doering says. ISU has tried to manage enrollment after seeing the student population continually setting records. “I can’t say we went into this cycle saying we want to decrease enrollment by 16-hundred students or four percent. But I can say, understanding the reasons for the decline –this does sort of include sort of a natural re-balancing after eight consecutive years of record enrollment,” according to Doering.

The state’s unemployment rate is one of the lowest in the country — and Doering says that does make a difference in a student’s decision to transfer from a community college. “Yes, it is one of the factors, to the degree I don’t, but it is certainly a factor impacting enrollment,” Doering says. “Our strong economy also contributes to declining transfer enrollment all across the regents enterprise.”

The total enrollment in Iowa City was 31,240 compared to 32,948 last fall. University of Iowa Director of Admissions Kirk Kluver says they have also been working to manage enrollment. “And I think we are very pleased with the class of new students entering the University of Iowa for the fall 2019 term. We have 4,986 new first year students, which is right in line with the enrollment target that’s been set by the institution. For undergraduate enrollment we were looking to manage enrollment size and I think we develop target enrollments that provided the best experience for our first-year and returning students,” Kluver says. “And so I do think for this fall’s enrollment class of first-year students — it’s certainly an ideal size.”

He says he likes the approach they are taking. “Part of our enrollment planning really accounts for out ability to serve our students well. Academic advising , course availability, housing are all important considerations in that,” Kluver says. “So, that’s why we’ve really honed in on an enrollment target rather than just a goal of getting bigger every year. It’s to really maintain a size in which we can serve students well.”

The University of Northern Iowa had projected an enrollment drop in recent weeks. The saw 715 fewer students after compiling the numbers with the start of classes. UNI’s president says they are working on getting the numbers back up.