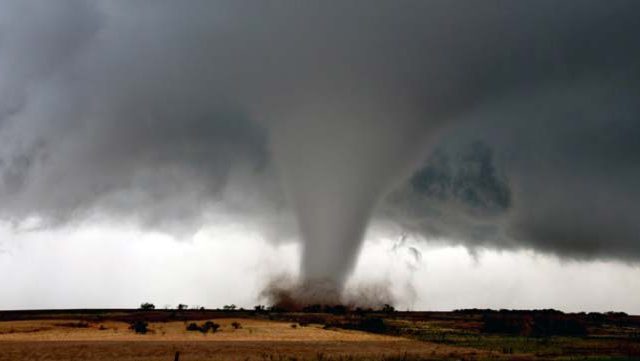 Today is the last day of June and what marks the end of the peak season for tornadoes in Iowa.

“So far, there’s only been six confirmed tornadoes in the state and that’s through the end of June,” Podrazik says. “Normally, through the end of this month, the statewide totals would typically average around 34 or 35 tornadoes.” That means Iowa has only seen about one-sixth the usual number of tornadoes by this date, not that anyone is complaining.

“I’m totally fine with being below normal for tornadoes,” Podrazik says. “We don’t like seeing people’s property getting damaged and things like that. That’s one of the things we’re okay with for right now.” Tornadoes can strike at any time of day and during any month of the year and Podrazik says it’s entirely possible we’ll see some twisters in the weeks ahead.

“We’ll have a little bit of a secondary season into July and then we definitely get some storms in August,” he says. “Obviously, the derecho is still fresh in folks’ minds from last year. We’re still not out of the woods yet but the peak season, June, is typically when we have the most active severe weather.”

The derecho that tore across Iowa on August 10th of last year was the most damaging thunderstorm in United States’ history. It caused 13-billion dollars damage, most of it in the state of Iowa. Also last year, Iowa saw 28 tornadoes with no reports of injuries or deaths due to the storms.

iowa tornadoes
For the latest