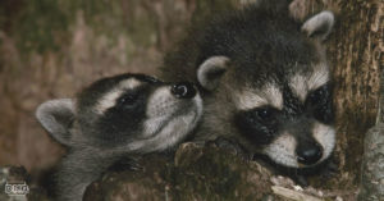 DNR wildlife biologist Vince Evelsizer told the commission the request was not taken lightly and came after a review of various raccoon population surveys. “It starts with our annual wildlife surveys. So for example, the spring spotlight survey that our staff do statewide, that’s showing a consistent increase in the raccoon population,” Everlsizer says.

He says there’s been a steady increase in the raccoon population in roughly the last 20 years. Evelsizer says they also have consulted with the wildlife depredation staff that deal with raccoons and deer and other animals that annually eat up crops and cause other problems.

“What we’re proposing here won’t fix the problem, what we’re proposing is to make adjustments that are within our means to give folks a little more freedom to deal with a population of raccoons that has increased and is high,” he says. Evelsizer says they’ve also seen an increase in distemper outbreaks around the state — which he says is typically indicative of a high density of raccoons.

“And when a raccoon gets distemper — it’s not it’s not a pretty thing — they carry it, they can spread it to others, then they will die from that usually, and it’s not a quick death either,” according to Evelsizer. “So that’s not a thing we’d like to see out there on the landscape either.”

The senior director in the Wildlife Protection department at the Humane Society of the United States, Jill Frtiz, did speak out against the issue during the public comment portion of the NRC meeting. “Instead of Iowa randomly killing more raccoons, we suggest that reports of high raccoon densities and claims of increased raccoon conflict and predation should be carefully reviewed against current human population density, and movement and development, local agriculture practices, and the effects of growth and climate change on native wildlife habitat factors,” Fritz says.

The Natural Resources Commission also approved a proposal to extend the regular trapping season for other furbearers by one month. “We did feel that was okay biologically, and as far as selling those furs can they be utilized in the fur market? Yes, they can in February. The pelts are still in good shape. Ethan and prime at that time,” he says. That extension impacts the trapping of mink, muskrat, badger, opossum, weasel, striped skunk, fox (Red and Gray), beaver, coyote, river otters, bobcats, gray (Timber) wolf and spotted skunk.

A public comment period on the proposed change will be set for sometime in January, and then there will be a public hearing on the issue in February.