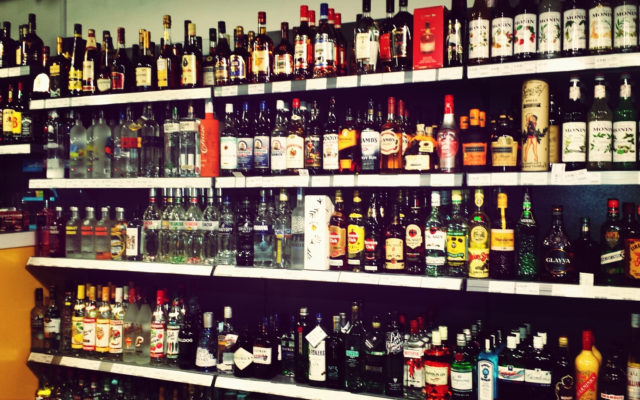 DES MOINES — The state agency which oversees liquor sales is reporting an increase in the amount of money spent on alcohol compared to last year.

Iowa Alcoholic Beverages Divisions spokesman, Tyler Ackerson, talks about the fiscal year that ended June 30th. “We saw a total liquor sales increase this year of 6.1% percent. We had total sales of $339 million and of that — 126 million dollars was transferred directly to the state general fund,” Ackerson says.  Sales have topped $300 million in each of the last three years.

He says a bigger product selection could be part of the reason for the increase this year. “It appears that the number of orders that retailers are placing has remained static — but it looks like they are ordering more in each order,” Ackerson say. “And we’ve also increased our product portfolio so there’s more choice — and it appears that they are taking advantage of that by having larger orders.”

Ackerson says flavored products continue to expand. “American vodkas were the top category of liquor sold during the fiscal year. And with those vodkas you tend to see a lot of different flavors,” according to Ackerson. “It’s an increase in the product portfolio itself with more choice and stores seem to be taking advantage of that because of customer demand.” 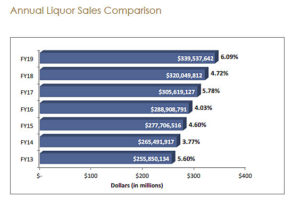 “We have seen some premiumization — but a lot of Iowans pick their brand and they stick to it. I think you can see that by Black Velvet Whiskey being the top,” he says. He says there was a change at the top for Iowa produced spirits.  “A Clive-based distillery has taken the number one spot for an Iowa-made spirit. It’s the Blue Ox Vodka by Dehner Distillery,” Ackerson says. “For a long time Templeton Rye was the number one — but they have been surpassed by this Dehner Distillery.” The Blue Ox Vodka sold 12,618 cases to Templeton Rye Whisky’s 4,259.

Ackerson says they saw a little increase in the number of license to sell alcohol. Mostly in those licensed to sell products that are consumed elsewhere. “The biggest chunk of those comes from convenience stores — that’s the fastest growing sector we’ve seen in that area of licensing. We continue to see growth, but we don’t know when of if it will stop growing,” Ackerson says

A former employee of the IABD has filed a lawsuit claiming the agency charged too much for the alcohol. Ackerson would only say this about the lawsuit.”The allegations that have been made are untrue, but I cannot go into specifics on them,” Ackerson says.

The full annual report can is only at the IADB website.