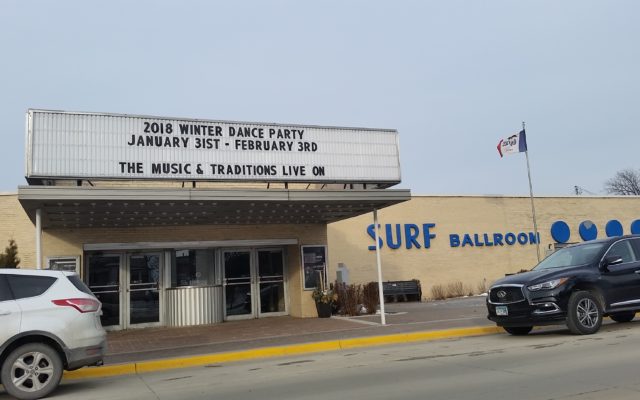 CLEAR LAKE — The City of Clear Lake has been awarded $4.37 million to put toward the Surf District project as part of the sixth round of funding from state’s Destination Iowa program. The $100 million program announced in April invests in transformational projects that will bolster the quality of life in Iowa communities and attract visitors and new residents.

The grant from the Iowa Economic Development Authority will assist in the expansion and relocation of Clear Lake’s Music Enrichment Center to allow for improved performances and educational experiences, gateway and streetscape enhancements around and on Buddy Holly Place, and waterfront connections from the Surf Ballroom to the lakeshore.

The award represents 40% of the $25 million in public and private investment in the Surf District.

IEDA director Debi Durham recently told KGLO News that when Clear Lake leaders originally pitched the idea of the Surf District improvements to her, she was impressed by the concept.   “When we sat down with them, in fact they called me one day, I was in the area, I wasn’t even scheduled to meet with them, they called and said ‘we heard you are in the area, do you have time to stop?’ and we said sure, so we made time. They had an entire assembly team there with their architects, and they really have this big vision. It’s like a Nashville thing, it’s a draw, and why not is what I say. Talk about big thinking. That’s really what creative placemaking is. It’s about being authentic to who you are.”

The Destination Iowa program has focused on two different types of projects, outdoor recreation and trails as well as “great places” that can be destinations. Durham says the Surf fits into the “great places” division perfectly. She says while their data shows the outdoor recreation awards will make an instant impact on communities, the “great places” component of the program is a little bit more of an experiment.   “We want to know will this work, can people create destination places where people want to gather. That’s a little different, because it’s everything from art to space to outdoor space, indoor space, and it’s really for people to define on their own, and again Clear Lake brought in a really incredible application.”

In today’s other award announced, the City of Davenport will get $9.6 million toward three signature projects that combine art, architecture and play.

In an earlier Destination Iowa grant award round, the City of Mason City and Cerro Gordo County were awarded $4.5 million for a bike park that would be specifically designed for off-road and mountain biking activities, as well as improvements to the Ingebretson county campground.