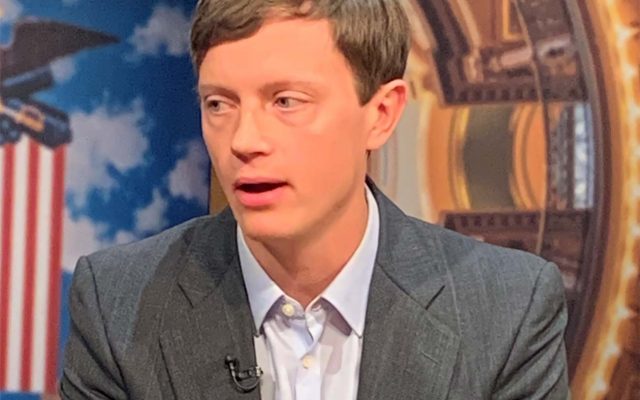 JOHNSTON — State Auditor Rob Sand says he hasn’t made a decision about the 2022 campaign. Sand, a Democrat, won a four-year term as state auditor in 2018 in his first race for elected office.

“Looking at reelection, potentially running for governor, maybe running for U.S. Senate,” Sand said when asked today about his plans for 2022.

“The bigger issue to me is that we’ve got — at this point it’s late April — close to $1 billion sitting in the state’s accounts while Iowans are suffering,” Sand said, “and at any point a special (legislative) session could have been called, the legislature could have passed something to get that money out there to struggling small business owners to make sure that they can get through this pandemic and Iowa’s culture in our small towns maintains what it used to be, so we have a normal to come back to.”

Governor Reynolds has said the state doesn’t have the resources to make all businesses whole after pandemic-related losses. Sand cite the Iowa Restaurant Association’s prediction that a thousand restaurants will close due to the pandemic.

“You have people who have poured their lives into creating a gathering place for their community and it might be the only one there and now this pandemic comes along and through no fault of that business owner they’ve had to shut down and they’ve lost their business,” Sand said. “The fact that they have been unwilling to help, unwilling to assist, to me is wild.”

Sand said Reynolds should have used the state budget surplus to help because federal aid came too late for a lot of Iowa business owners.

“It was bizarre to me to see the governor of Iowa say: ‘That’s the federal government’s job,’” Sand said. “She’s elected to look out for the state of Iowa, to serve the people of Iowa and instead of Iowans getting what they need in this time of need, she’s going to do with that money what she wants.”

Sand, in response to a reporter’s question, said his critiques of Governor Reynolds aren’t a signal he’s running for governor, however, and may choose to seek reelection as state auditor.

“I’ve got a 4 and a half year old, a freshly-minted 7 year old at home,” Sand said. “These are big questions. They’re hard to balance and there are certainly things that weigh in both directions and I just haven’t finished weighing them.”

Kollin Crompton, a spokesman for the Republican Party of Iowa, said Governor Reynolds took a “balanced approach” to the pandemic that kept Iowa’s economy moving in the right direction.

“Iowans never hear anything of substance from Rod Sand,” Crompton said in a written statement. “When he’s not carrying water for the liberals, he’s lobbing character attacks at Republicans.”

Sand made his comments during the “Iowa Press” program which aired over the weekend Iowa PBS. Last weekend, Iowa Ag Secretary Mike Naig was on the program and Naig, a Republican, announced he plans to seek reelection in 2022.