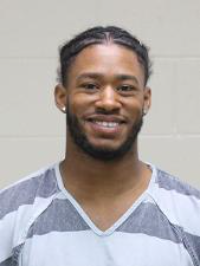 CLEAR LAKE — A plea change hearing has been set for a St. Paul Minnesota man accused of trying to disarm a state patrolman near Clear Lake back in November.

Troopers say 23-year-old Dimitri Williams was found in a parked car in an interstate u-turn crossover just south of the mile marker 193 exit of Interstate 35 on the morning of November 22nd. A criminal complaint states that Williams was acting odd and kept walking around his vehicle to stay away from troopers and that he would not identify himself. Williams eventually got into the car and was grabbing items before being placed in handcuffs. The complaint states that once he was handcuffed, Williams went limp and acted like he was having a seizure.

A trooper went to retrieve Narcan and Williams allegedly kicked the trooper which led to a fight, with Williams grabbing the trooper’s taser and attempted to remove the radio from the trooper’s belt. Williams was eventually subdued and placed in ankle cuffs. A loaded Ruger 10/22 rifle was found in the vehicle.

Williams was charged with disarming a peace officer and interference with official acts with inflicting serious injury or displaying a weapon. Both are Class D felonies, each punishable by up to five years in prison.

His trial was scheduled to start on March 9th, but court records show that Judge Karen Salic on Monday ordered a plea change hearing be set for March 23rd in Cerro Gordo County District Court.