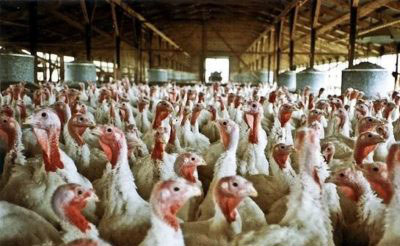 DES MOINES — Some Iowans are buying frozen turkeys now just to have them in the freezer and be prepared for the big Thanksgiving meal later this month.

While some reports show grocery prices are up 13% this fall compared to last year, Morgan Pothoven at the Iowa Turkey Federation says many stores are selling turkeys as a loss-leader.  “The grocers are buying turkey for probably higher than they’re selling it for, so you’re still going to be able to find those turkey deals and you can ensure that turkey is on sale,” Pothoven says. “I actually just drove by a Hy-Vee in Ames today and there’s a big sign on the side of their truck that says, ‘Buy a ham, get a turkey for free,’ so there’s still those Thanksgiving deals.”

Pothoven says turkey prices might be up slightly in Iowa compared to a year ago, but she says it’s nothing substantial.  “You can really use a turkey to feed your family, not only at Thanksgiving, but especially if you choose that whole bird, you can stretch your dollar between multiple meals,” Potthoven says. “Turkey is great for leftovers and soups and casseroles and so on, so it’s still probably the most economical choice for your Thanksgiving dinner.”

There have been significant challenges to some poultry producers in Iowa this year.  “We have had avian influenza here that you’re probably thinking of and a lot of consumers think of, but we’ve really learned a lot from 2015 and into 2022,” Pothoven says. “U.S. production, it’s only about 3.5% of annual production that has been impacted, so a very small percentage.” Iowa has about 130 turkey farms statewide, with the majority comprised of second- and third-generation turkey farmers. The state ranks seventh in U-S turkey production, with approximately 12-million raised each year.