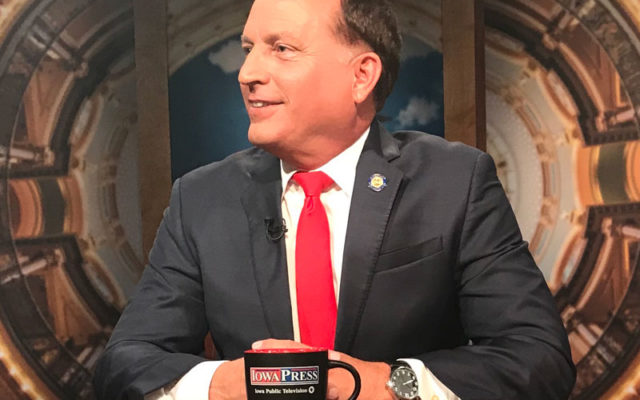 DES MOINES — Iowa Secretary of State Paul Pate says he’s continuing to work on a plan to fix the flaws in Iowa’s list of people who cannot vote due to felony convictions.  “My office is going to be assigning more resources to this issue,” Pate says, “but I want to make sure the legislature is aware of that and will choose to support that effort.”

Iowa is one of two states that doesn’t automatically restore voting rights to felons who complete their sentence. The Des Moines Register has reported some Iowans have been wrongly identified as felons and their ballots were improperly thrown out. This summer, the Brennan Center for Justice and the League of Women Voters of Iowa warned Pate that the situation might violate federal law.

Pate says he’ll present options to lawmakers and they’ll decide how to proceed. “It’s kind of like a menu: ‘Here’s what we can do. Here’s what some of those projected costs are,'” Pate says. “And then the legislature and the governor’s office will have something to say about what pieces they’re going to fund.”

A Brennan Center lawyer says she expected to see Pate’s proposal released in mid-October, before this week’s municipal and school board elections.