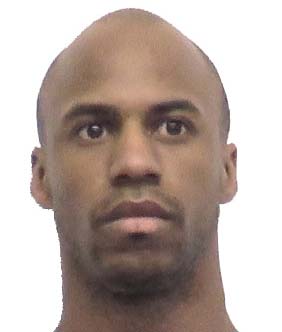 ANAMOSA — A second inmate has been sentenced to life in prison for murdering a nurse and guard during an escape attempt at the Anamosa State Penitentiary in March.

Twenty-eight-year-old Michael Dutcher had originally pleaded not guilty and indicated he would claim he acted in self-defense. Dutcher instead pleaded guilty Wednesday to two counts of first degree murder and agreed to be sentenced Wednesday .

Robert McFarland’s wife, Sara, gave a victim impact statement in court Wednesday . “When Robert took the correctional officer position, it wasn’t for the money. He took it to help the inmates, to help you guys make positive decisions so you didn’t go back to prison. You took that caring soul from everyone. You killed the best father. I had to tell our boys their dad wasn’t coming home,” she said. “…I hate you more than anything for taking Robert from us. I hope you rot in hell.”

Colten, one of McFarland’s sons, addressed Dutcher. “March 23 was the worst day of my life. I ended up being in the vehicle with my mother, hearing the words Robert McFarland had passed away,” he said, “…and you don’t even care.”

Another son submitted a written statement, telling Dutcher he looks like an idiot now because his plan to escape backfired. David McFarland, the older brother of the slain officer, wore a t-shirt that read “Stronger Together” to court. “Today is your judgement day, but it is not the judgement day that you should be worried about,” he said. “…This judge can only sentence you to life in prison. You should be worried about your final judger, God.”

Stephanie Schulte, the mother of prison nurse Lorena Schulte Dutcher killed, said her daughter had a calling to help others.

“Anything we do as a family from this point forward will now have to be experienced without Lorena,” she said. “This is a loss from which we will never recover.”

The nurse’s sister, Gretchen, told Dutcher he had created a bottomless void in her family’s life. “My 11 year old asks, ‘Why?’ — a question that we’ll never be able to answer because there is no reason Lorena should have been dead,” she said.

Dutcher also pleaded guilty to attempted murder for attacking a fellow inmate and to kidnapping another prison employee in the Anamosa prison’s infirmary. That employee, Lori Mathis, directly addressed Dutcher in her written remarks, which were read in court by a colleague.

“The complete lack of regard for others’ lives was so apparent to me that day in that break room,” Mathis wrote. “I do not feel you have one ounce of remorse for all the lives you have forever changed by your inhumane act of violence.”

Mathis said she has recovered from the serious physical injuries she suffered in March, but her mental wounds remain. The judge who sentenced Dutcher Wednesday asked Dutcher if he had a statement.

“No, I got nothing,” Dutcher replied.

The other inmate involved in the attack was sentenced to life in prison earlier this month. Dutcher will be transferred to a prison in Missouri.