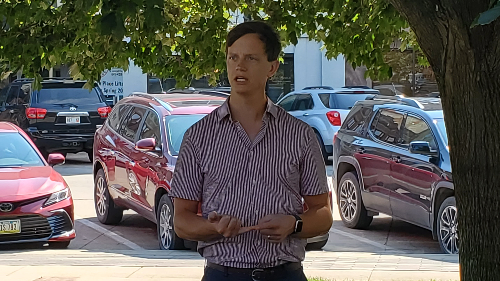 Sand is also asking the legislature to change some wording in Iowa law that distinguishes between state agencies that get and spend federal money and those that don’t. “This one’s complicated, but the bottom line is the way the Iowa Code is written right now costs us federal dollars every year,” Sand says.

Under current state law, Sand says the state is paying what amounts to a federal government fine for audits of how federal tax dollars are spent by state government. “We’re talking about over $100,000 every year that we’re basically lighting on fire because the law hasn’t been amended,” Sand says.

Between July 1st of 2019 and June 30th of 2020, the State of Iowa spent or distributed more than $12 billion in federal funds. Staff is in the state auditor’s office always reviews how state agencies spend or distribute that money, along with the audits of how state tax dollars, fees and fines are spent.