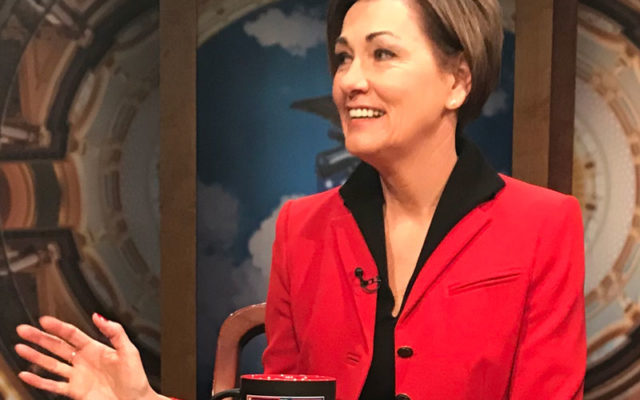 DES MOINES — Governor Kim Reynolds will support a bill Senate Republicans have drafted that includes some felon voting rights restrictions if that’s what it takes to get a Senate vote on a proposed constitutional amendment that would automatically restore felon voting rights.

“I appreciate them at least continuing the conversation and bringing that to the table,” Reynolds told reporters this morning. “It’s really important to me. My main priority is to keep the amendment clean.”

The bill senators may debate later today would take effect if Iowans eventually ratify a constitutional amendment automatically restoring voting rights. The proposed state law would require felons to pay all the restitution they owe victims before they’d get their voting rights. Under the current system, Reynolds only requires applicants to have a payment plan in place before she restores a felon’s voting rights.

“Compromise is…how we get things done,” Reynolds said. “When you show no willingness to compromise, then nothing every happens, so we’ll continue to work with them and see what happens.”

Iowa is now the only state in the country that bars all released felons from voting unless the governor restores their right to vote. Last year, Reynolds asked legislators to start the process of drafting a proposed constitutional amendment that would automatically restore voting rights to released felons.