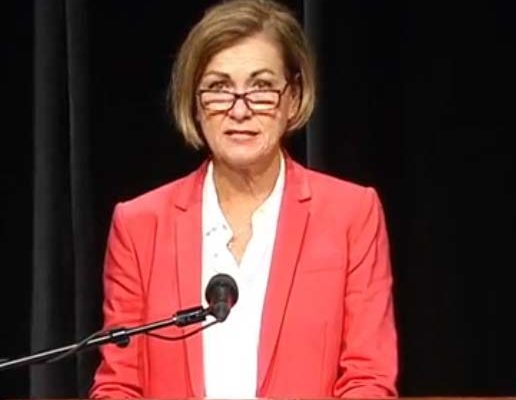 DES MOINES — Governor Kim Reynolds says a ruling from a federal judge makes it clear accepting federal pandemic relief didn’t prohibit lawmakers from cutting taxes at the state level this year and won’t stand in the way of more tax cuts in 2022.

Last March, Reynolds signed onto a lawsuit challenging a provision in the American Rescue Plan that said states could not use the pandemic relief to “directly or indirectly” offset tax cuts. A federal judge in Alabama has ruled that’s a “vague” condition for federal funding and congress exceeded its authority.

Reynolds says the Biden Administration was “trying to punish fiscally responsible states” and she says the ruling is “a major victory for Iowa taxpayers.” Reynolds already approved a series of tax cuts in June. That was three months after the Biden Administration announced there was “no blanket prohibition” on cutting taxes at the state level, as long as federal pandemic funds weren’t used to pay for tax cuts.