Remains of sailor killed at Pear Harbor returning to Exira 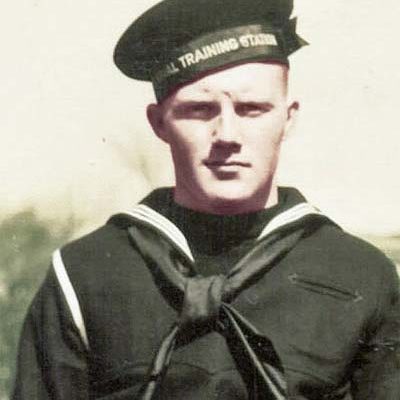 EXIRA — The remains of a sailor from southwest Iowa who died during the 1941 attack on Pearl Harbor will buried next month in his hometown of Exira.

Eli Olsen was among 429 servicemembers on board the USS Oklahoma when the battleship was sunk by Japanese torpedo bombers that December 7th. John Tibben, who lives near Ames, is Olsen’s nephew. Tibben, who’s 80, was three years old when his uncle died, so his memories are sparse.

“My folks were living out in Oakland, California, at that time and the battleships were tied up down at Long Beach,” Tibben says. “My uncle would come up to visit and bounce me on his knee.” Olsen was 23 and a Navy Petty Officer 3rd Class. He was serving on the ship as a storekeeper.

Tibben says his grandparents didn’t know what happened to Olsen. They had received a telegram saying he was “missing in action” and about three months later, he was declared dead.

“The Oklahoma went down on December 7th and it wasn’t until sometime in 1942 that they were able to bring it up and remove the remains from the ship,” Tibben says. “At that time, of course, they had no way of identifying them so they buried them in a mass grave there at the base.”

The remains were removed in 2015, following pressure from Congress as well as USS Oklahoma survivors and their families. Olsen’s remains and those of 20 other soldiers and sailors from western Iowa and Nebraska were eventually identified through DNA analysis at the Defense Department’s POW/MIA Accounting Agency Lab at Offutt Air Force Base.

His identity was confirmed in 2017. Tibben says his uncle will be buried next to his brother and sister in the Exira Cemetery on September 25th. He says bringing his uncle home after all these years is a “good feeling” for the family and offers the chance for a family reunion.

“They’re all excited about it. There will be all the cousins back, a lot of them I have never seen and some of them I haven’t seen in a number of years,” Tibben says. “They’re all over the country but they should all be back for this.”

A memorial service will be held in the Exira Lutheran Church.